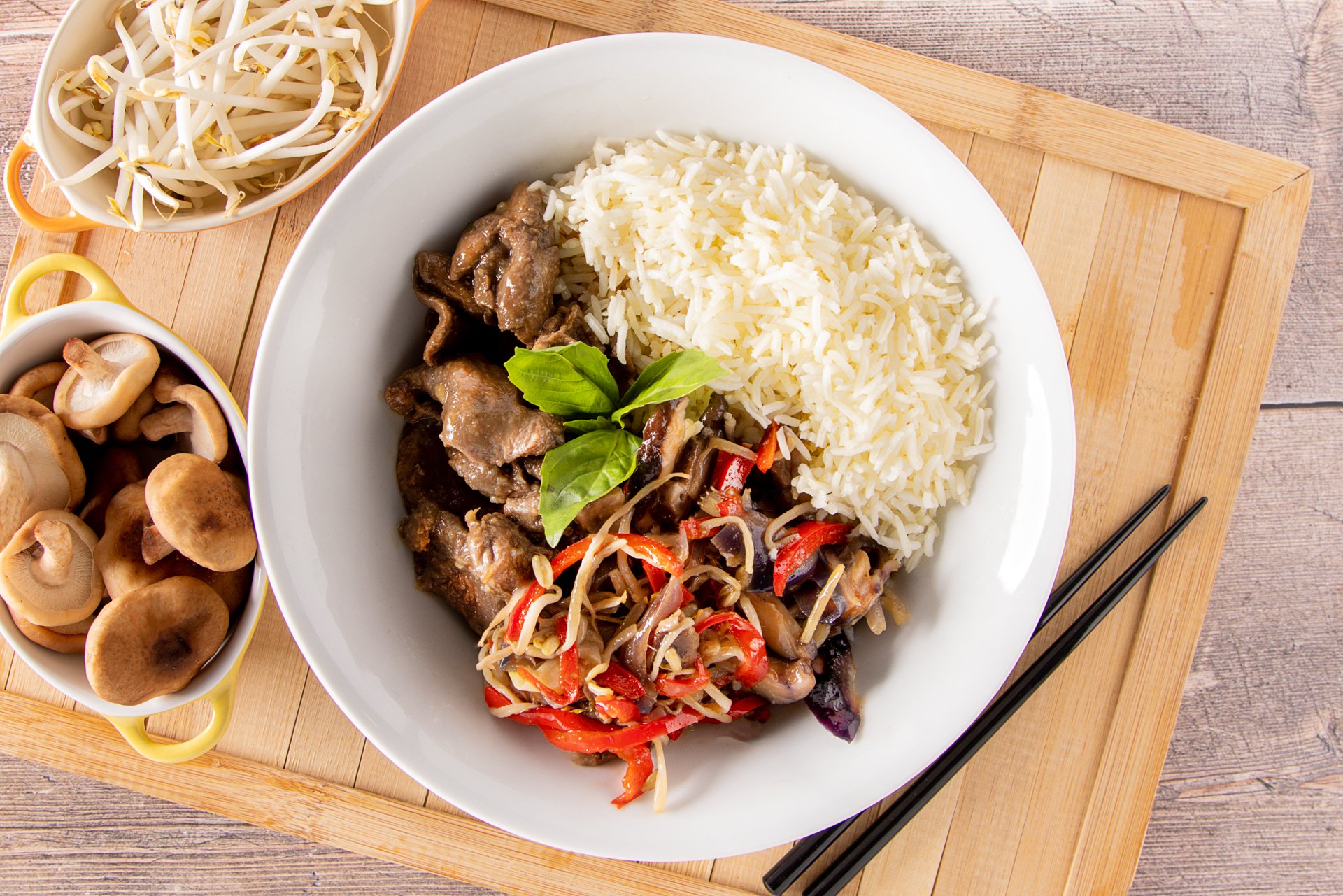 Many of us will have heard of teriyaki sauce as a key feature in many Japanese or Pan-Asian restaurants, but you may not know where it comes from or how it’s made. Read on to find out everything you need to know about teriyaki sauce, including our easy recipe.

What is teriyaki sauce?

The word teriyaki in Japanese actually refers to a cooking technique where foods are grilled after being marinated in seasoned soy sauce, leading them to have a sweet, brown glaze.

The teriyaki sauce that you find in many Asian supermarkets in Switzerland is an example of the kind of glaze that you might get with this cooking method. It’s a bit like a sweeter, thicker version of soy sauce.

The origins of teriyaki sauce

Teriyaki cooking has been used for hundreds of years in Japan, dating back as far as the 17th century. However, what we think of as “teriyaki sauce” is a more recent invention. While strongly influenced by Japanese cuisine, some claim the current version of teriyaki sauce was created by Japanese immigrants in Hawaii in the 1960s, where the earliest versions consisted of soy sauce sweetened with pineapple juice.

What is teriyaki sauce made of?

All teriyaki sauces use soy sauce or tamari as a base with some form of sweetener. The most basic teriyaki sauces contain just 3 ingredients: soy sauce, mirin (similar to sake, this is a sweetened rice wine popular in Japan) and sugar.

Depending on your preferred flavours some versions also use honey to avoid adding sugar, and you can add garlic or ginger for additional flavour. Corn-starch is sometimes added to make a thicker sauce if you’re looking for something with a dipping consistency. It’s also possible to swap the mirin for sake or rice vinegar depending on what you have available, you’ll just need to add a bit more sweetener.

Ingredients for our teriyaki sauce

Step 1: Roast and crush the garlic

Peel the garlic and place it in the centre of a hot oven (180 degrees) for 10 minutes. This will help soften the garlic and sweeten the flavour. Then crush the softened garlic with the back of a fork.

Peel the ginger and finely dice it. You should end with pieces that are less than a quarter of the size of your fingernail.

Tip all your ingredients into a saucepan on a medium heat. Stir the mixture until all the sugar has dissolved and then and simmer for 10 minutes until the sauce has started to thicken.

This recipe creates a thin sauce that can then be used as a coating before cooking. For example, we love to coat salmon in this sauce and fry it in a pan for a delicious, sticky glaze. If you’re looking for a thicker sauce, you can either double your starting ingredients and then simmer the sauce for longer or mix 2 tbsp water with 1 tbsp cornflower and stir it through the sauce halfway through simmering.

How to use teriyaki sauce?

Cut a chicken breast into long thin strips and marinade them in the sauce overnight. Place the strips on a skewer and then place them on a tray in the centre of a hot oven and pour a bit more sauce over the top for a delicious sticky treat.

Coat a salmon filet in teriyaki sauce and then fry it in a hot pan until you can flake pieces away with a fork. Service it on a bed of noodles (or konjac noodles for a low-carb option) and drizzle some extra sauce over the whole dish.

Thinly slice chestnut or button mushrooms and coat them generously in teriyaki sauce. Then simply place them in the centre of a hot oven for 10 minutes for a delicious vegetarian alternative. We like this best served on a bed of sticky white rice.

What flavour is teriyaki sauce?

Teriyaki is a sweet and tangy sauce that also has a touch of salty, umami flavour. It’s best served with savoury dishes similar to a sweet and sour sauce.

While there aren’t many allergens in teriyaki sauce it does normally contain soy. If you’re making your own and you have a soy allergy, then you can swap soy sauce for tamari sauce. However, while soy sauce is gluten-free, tamari sauce isn’t.

If you are following a low FODMAP diet, then teriyaki sauce should be ok but will need to skip the garlic or replace it with a garlic oil.

Is teriyaki sauce good for you?

Homemade teriyaki sauce is likely better for you than a store-bought option as it will be less processed, containing more natural ingredients with fewer additives.

One thing that’s important to note is that one tbsp of soy sauce contains 40% of your daily recommended salt intake, so teriyaki sauce will also be high in salt and should be used sparingly.

If you’re a fan of fried chicken, then a teriyaki glazed chicken is a lower calorie option that’s still packed with flavour. Adding garlic and ginger also helps to bring in some healthy nutrients.

Check out the Powermeals menu and get tasty, nutritious meals delivered directly to your door.

Proteins make up some of the most important building blocks of your body. As the main component of muscles, bones, organs, skin and nails, your daily protein intake...